A New Platform Made Just For Cybersecurity Influencers 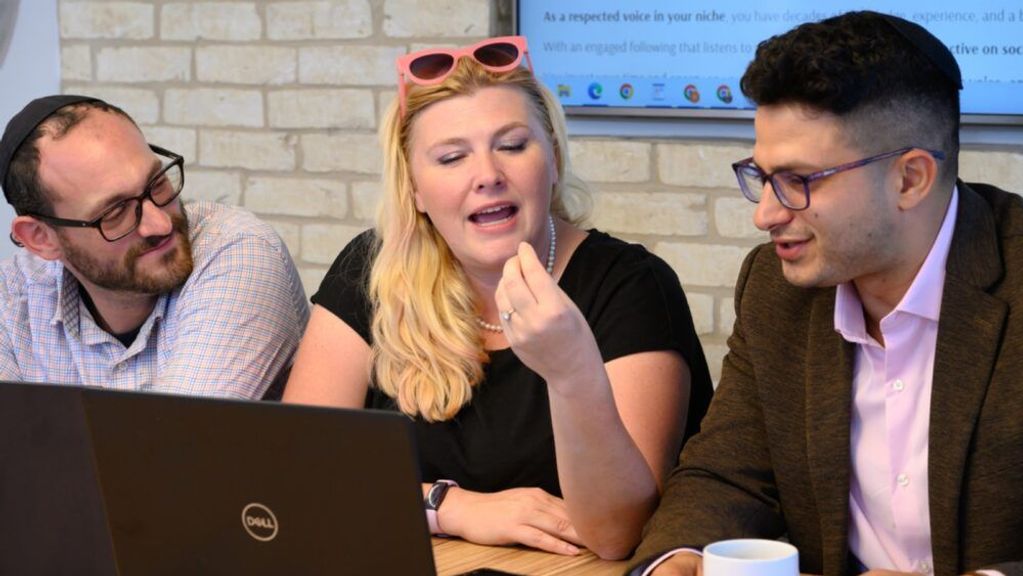 Like them or not, social-media influencers are here to stay. Celebrities and models promoting the latest fashion or products are an integral part of Instagram, Facebook, TikTok and others.

It turns out that the business of cybersecurity also has influencers. They may not dress up in this summer’s swimwear, but they love to share information about companies and services that keep devices and infrastructure safe from hackers and scams.

Being an influencer – cybersecurity or otherwise – means constantly being on the lookout for fresh content to post.

Cyfluencer, a new platform from Israeli startup WadiDigital, aims to connect cybersecurity influencers with the information they need to stay top-of-mind.

“Business-to-business influencer marketing is broken,” says Yoel Israel, the CEO of WadiDigital who also founded Cyfluencer. “It’s terrible. They need to do it more like B2C.”

And second, since an influencer has a limited (even if large) following, the audience will stop engaging if they keep seeing material from the same companies.

Cyfluencer upends that model by curating cybersecurity content on its platform; influencers are free to pick and choose what tickles their tech fancy with “no strings attached,” Israel says – just grab the link and go.

The influencers get paid at the end of the month after all click-throughs are accounted for. There’s no need to worry about legal documents or chasing down payments.

Cyfluencer gives companies the ability to choose who can share their content and over what platforms. Companies pay a monthly minimum with the amount going up based on the clicks delivered. It will set a cap, after which the campaign will be shut off, meaning no other influencer can grab the same content.

Cyfluencer aims to dramatically increase the number of influencers available to cybersecurity firms.

Today, 85 percent of the content shared on LinkedIn comes from 40 influencers and 20 companies, Israel says. Cyfluencer currently has “north of 20 companies (half in Israel and half around the world) and some 80 influencers, mostly in North America.

Israel, who immigrated to Israel from Philadelphia, tells ISRAEL21c that he created Cyfluencer “after three cybersecurity clients came to me within six months asking how to improve their influencer campaigns.”

Influencers typically work with a company for six to 12 months, during which they write regular blog posts and white papers, attend trade shows and host webinars.

Israel points to Ramat Gan-based Cyolo, which was an early Cyfluencer customer. The company’s influencer – a cybersecurity professional with 10,000 followers on LinkedIn – organized and co-hosted a webinar for the company, resulting in a 28% attendance rate, which Israel says is very high. The event generated the same amount of leads the company could have gotten from larger virtual conference vendors at a quarter of the cost.

“Cyber companies might pay $5,000 for a PR piece or a retainer of $10,000 a month. But no one sees PR these days. Those pieces get pushed down very quickly online,” Israel says. “For $1,500, a company can join the Cyfluencer platform.”

Not in it for the money

Who are cybersecurity influencers? Sometimes they’re chief security or chief technology officers at cybersecurity companies, who want to build up their own brand.

Others are former tech executives who have set out on their own as consultants or retired following an exit.

As such, many influencers are not in it for the money. “They don’t want the responsibility to say they’re being paid in their posts,” Israel says. That’s often the case if they’re still working for a company.

Influencers in this space have their work cut out for them; cybersecurity professionals are, almost by definition, paid to trust no one.

Israel stresses that by ensuring that only influencers who really care about cybersecurity and who already have a strong following are accepted onto the platform, Cyfluencer can get past the industry’s natural skepticism.

In addition to the current platform, Israel wants Cyfluencer to expand into a full-on cybersecurity network, although “we’re still in the very early stages” he admits.

Cybersecurity is just a starting point for Israel (a name change is probably in order, then). Israel hopes to bring the same kind of influencer content platform to other industries such as green tech. Meanwhile, cybersecurity should keep the company’s three-person staff busy for some time.

Is Cyfluencer profitable? Not quite, although it’s nearly cashflow breakeven. But for now, the platform is supported by WadiDigital, founded in 2012. Both entities are open to raising money, Israel notes.

Beyond the world of influencers, Israel hosts the “Israel Unfiltered” podcast where he interviews entrepreneurs and celebrities. Recent guests have included Israeli actress Rotem Sela (of Baker and the Beauty fame); Pamela Cohen, an activist in the American Soviet Jewry movement; American basketball player turned entrepreneur Tamir Goodman; and Yael Eckstein of the International Fellowship of Christians and Jews.

Produced in association with ISRAEL21c.

The post A New Platform Made Just For Cybersecurity Influencers appeared first on Zenger News.