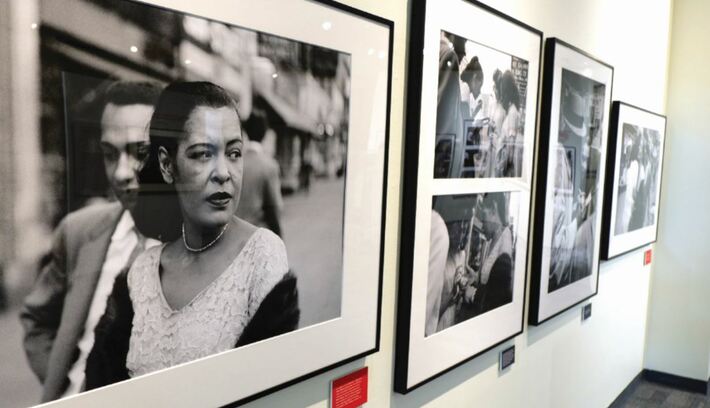 Thanks to a photo exhibition, a book, and a short lecture, I got a chance to know Billie Holiday more intimately.

Billie Holiday could have been a good friend of mine. If space and time would have somehow made our lives cross at the right time, I am convinced we would have been buddies. Even though I can’t prove we would have been great friends, I am still sure of it. Billie’s voice is unique. Her entire soul is revealed in every note. I hear the pain, sorrow, and loneliness in that voice, all of which she could not hide from when under the heat and glow of adulation and acclaim. For me, she was not a star to be admired but an artist to be respected. 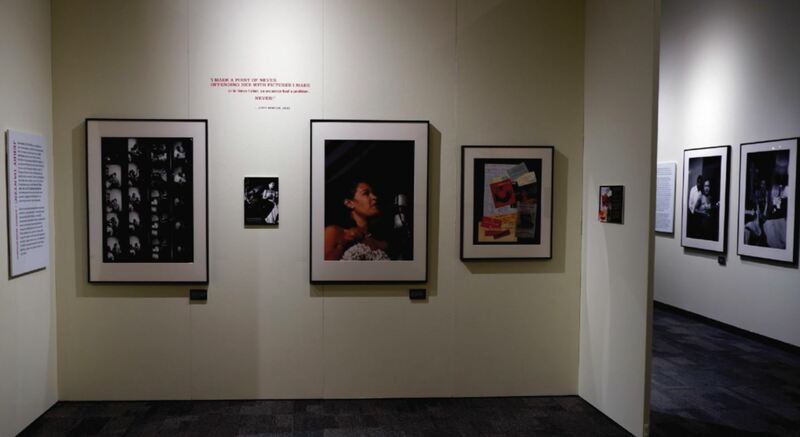 I visited the American Jazz Museum on a recent visit to Kansas City (which also houses the Negro Baseball League Museum). There was an exhibition of photographs by photographer Jerry Dantzic that was on display in one of the halls. The photographs were taken in April of 1957, only two years before her death. Dantzic was on assignment for Decca Records to photograph Holiday performing at the Sugar Hill nightclub in Newark, New Jersey. It was a weeklong engagement. Holiday had lost her club card because of a drug conviction year earlier and could not perform in New York. But Jersey was close enough for her fans to see her perform without going out of their way.

I entered the museum at the right time. Museum employees were closing, and most people had already left. So I had a small window of 20 minutes to stroll through the gallery and take in the photographs alone.

Twenty minutes is not enough time to take in the 375 running foot exhibition. But during that time, I felt that I got to know Billie better. Every photograph seemed to be a glimpse behind the curtain of celebrity. Even the photos of Billie on stage seemed to be intimate and private as if she was performing for an audience of one. Some photographs are of Billie on the stage, a solitary figure cloaked in darkness. Her band members are dimly lit, ghostlike figures that seem to fade away as our eyes are drawn to the lady in the center, under a smoky shaft of light.

As fate would happen, that day was also when Grayson Dantzic, Jerry’s son, gave a lecture on the exhibition and his new book based on the exhibition titled Jerry Dantzic Billy Holiday at Sugar Hill. The book contained the photographs in the exhibition and more. Most of these pictures were never printed or seen before. Jerry led his son Grayson to the photos when Grayson asked him more about him. What Grayson found was apparently a treasure trove of unknown photographs of mega-star Billie Holiday. Holiday’s photos did not feature her signature white gardenia; instead, her hair was turned back into a ponytail, mimicking the style of the beatniks of that time. Her face, which was as expressive as her voice, was on full display in these photos. Instead of sorry and despair, we get a chance to see her happy.

The photographs in this exhibition and the accompanying book are not polished. Some are grainy or out of focus. However, this is what makes it appealing. It seems that photographer Jerry Dantzic was not paparazzi at work but an artist at work. He respected his subject, choosing to shoot without the aid of a flash. Billie Holiday most have really trusted Dantzic. In some of the photos, she is not looking at the camera but straight into the photographer's eyes. It was like she had a friend following her around who also just happened to take her photographs.

My favorite photograph is somewhere in the middle of the book. Billie is onstage. On the upper left of the photo, a single spotlight illuminates only a sliver of her face and microphone. The rest of the photograph is in total darkness. Even though we only have a very slim sliver of her face, there’s a weariness that comes across. That photo alone is worth the price of the book to me. These are rare and intimate photos and a great exhibition. I feel I had spent a couple of minutes catching up with a dear friend.