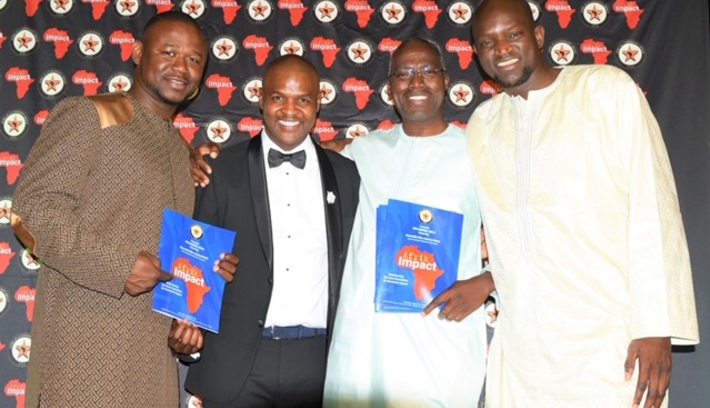 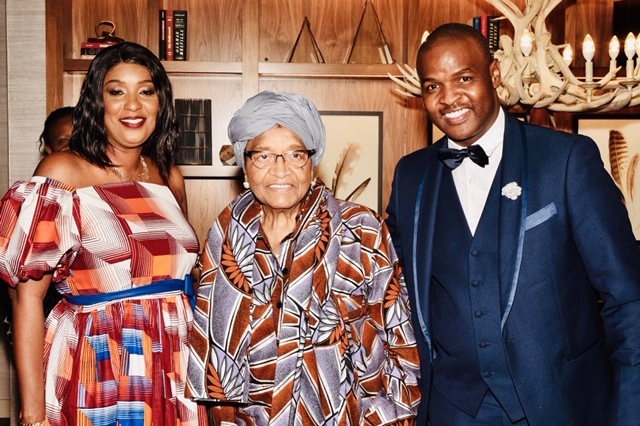 Papa Dia’s life is confirmation that the American Dream is still alive and well. Born and raised in the West African nation of the Republic of Senegal, he couldn’t have imagined the path his life would take.

When he arrived in Denver in the late 1990s at the age of 28, he was in unfamiliar space, not speaking the language, with very few connections. Having come to America for a family reunion with his sister in Maryland, he would later join friends who were attending Denver University, marking the start of his remarkable journey.

His parents had 25 children and he says he relished the loving embrace of his family. However, to suggest that life was tough in the small African nation would be a colossal understatement. With approximately 70% of the population reportedly living in poverty, the vast majority of Senegal’s people are trapped in a cycle of extreme deprivation.

Because so many in his community existed in similar conditions, he didn’t realize the extent of his family’s desperation.

“Eating was a luxury, and I grew up chasing my next meal,” he says. “When we would tell our mother that we were hungry, she would tell us to drink water. I know how it feels to go to bed with an empty stomach and wake up hungry. I know what starvation is,” Dia confesses.

According to Dia, not only was food a scarcity, so was a sense of stability. His family was forced to move some 17 times over the course of his childhood.

“We were constantly moving because dad could not pay the rent and we’d get kicked out. I would be required to start over in school every time we were forced to relocate. This would cause significant problems in school and making friends was almost impossible. It was tough but as I reflect on the experiences, they made me the person I am today,” he says.

Dia was the only member of his family to attend college. For most in his community, education was far down on the list of their most urgent needs.

“My uncle would use the pages of my college textbooks to make a fire for the tea pot,” he recalls. “They just did not know the value of an education.”

He would go on to graduate from University Cheikh Anta Diop in Dakar, completing his program in law.

Not able to speak English upon arriving in the U.S., it was nothing short of destiny that his first job would be in a bookstore. There, he began his quest to master the English language. It wasn’t his primary goal, however.

At that point, he says, his first priority was to send money home so that his family could eat.

“I began working at Tattered Cover bookstore making minimum wage at $5.25 per hour,” he says. “Since I couldn’t speak English, they had me stack the shelves, but I used the opportunity to learn to read, write and speak English. After more than a year and a half, I somehow landed a job at Northwest bank.”

He recalls a panel of managers interviewing him while he was not understanding much of what they were saying. Certain he would not be hired he says that he just kept smiling.

“Apparently, they saw something in me that I didn’t even see in myself. I have been blessed to have had many mentors over the years and I am grateful for them believing in me. They were patient with me. I began as a teller and after 18 years became vice president,” he says.

While working at the bank, he noticed many African immigrants working in downtown hotels and businesses would come to him for banking services.

“I came to the U.S. with the mindset of caring and sharing because that is what I knew,” Dia says. “A lot of Africans were working at the Adams Mark Hotel and the Brown Palace. They would come to me for help with cashing their checks, opening a bank account and over time helping them build credit. At times, I would have over 25 people at a time waiting for me for service.”

He says that quickly, he was doing more social work than banking.

“With African immigrants, when you do something nice for them, they tell everybody. Soon the entire village was showing up at the bank for my help,” he says. “The bank became concerned that I was spending as much as two to three hours with a single customer and asked me to stop.”

It was at that moment when Dia realized that there was a tremendous need for the kinds of help African immigrants were seeking, so he began to search for organizations where he could refer them but could not find one.

“The only organizations available were refugee resettlement programs. So, in 2006, I decided to create the African Leadership Group (ALG). We started as just a group of people getting together to have discussions and invite people to come in and speak to us,” he says. “I had no idea about nonprofit organizations or fundraising. I left the bank permanently in 2017 to run ALG full-time.”

The goal of ALG, he says, is to facilitate the professional integration of the African immigrant into the social, economic and educational fabric of the community as a whole.

Today, the organization hosts a number of programs and events throughout the month of August, which has been proclaimed as African Immigrant Month by Governor Jared Polis. Featuring cultural celebrations, economic summits, educational forums, legal clinics, business development workshops, homeownership counseling, and a gala/concert, ALG’s programs reach thousands across the region.

This year’s theme, “Standing Taller and Prouder Than Ever,” is intended to reflect the progress and growth of the organization as it launches its sixth annual celebration.

“We call it ‘Afrik Impact’ because we are on a mission to build the future leaders of Africa and America. We are here to empower each other through inclusive efforts that embrace all communities: African, African American, Latino, white, Asian, and Native American,” Dia says. “The one thing I understand is for us African immigrants, we must collaborate with others. Africans alone can’t do it.”

He says the organization is a true reflection of what America is all about— “ALG is very inclusive and designed to help spread our wings, and we can only do that working through and with others.”

This year’s events kick off on August 7, with a Community Celebration and Concert at the Levitt Pavilion featuring journalist Khalil Gueye of Senegal and various local artists. On August 9, a Kids and Parents and Educational Forum is next at the Hyatt Regency Aurora, featuring Professor Foulo Basse of the Foulo Basse Counceil of Paris, France. The day’s theme is “Standing with Our Children and Families for Better Education.”

ALG will also host its homeownership event at the Summit Event Center in Aurora on August 21, and close with a concert in Arvada on August 26.

Dreaming of Bringing Leadership and Investment to Senegal

Building ALG is not the end of Papa Dia’s ambitions. He has a far greater goal in mind to make an impact beyond Denver.

“I have a burning desire and dream to go home and become president of Senegal,” he admits. “Africa is still rich in natural resources, it has the youngest population in the world, all the labor you need. The only things Africa is lacking is leadership and investment.”

As part of the long-term strategy, Dia has worked to create Leadership Africa. Similar to Leadership Denver and Leadership Aurora, the goal is to build Africa’s next generation of leaders.

“The point is to learn, build and grow. We want to be intentional about how we leverage our efforts to create the talent Africa needs right now. The future is now. There is no need to wait. We are very action oriented,” he insists. “We’re not here to just talk; I want to build legacy.”

Dia’s motivation seems to stem from a yearning to build prosperity in his home nation and create economic viability for all Senegalese citizens.

“There is no middle class in Senegal, only rich and poor. That leaves 60% to 70% of the population living in poverty. Sadly, education unlike here in the U.S. is not a gateway to success and does not guarantee a job,” Dia says. “You can attain many degrees and still end up on the street.”

With two-thirds of Senegal’s population under 25 years old, his biggest worry is that continuing to allow this condition to exist, many young people will keep risking their lives on small boats trying to escape to Europe. Even though, according to Dia, the chances of losing one’s life on the voyage is as high as 99%, they are willing to take the risk at a chance for a better life.

To attract the talent to build his native country, both Africans and African Americans will need to be brought to Senegal to lend their skills and capabilities. Bridges must be built between people across the diaspora.

He feels an intense responsibility to assist others in elevating themselves and thus uplifting the entire community.

“We have an amazing opportunity, at an amazing time in history to make a tremendous difference in the lives of not just the African immigrant, but for all of us,” he says. “That is the idea behind this year’s theme, Standing Taller and Prouder Than Ever.”

Over the course of its existence, the African Leadership Group has been instrumental in helping Africans from all over the continent successfully integrate into their new realities in the U.S. Through its multitude of programs and services, it has become the go-to source for information and support for those it serves, and an indispensable instrument of leadership, education and guidance.

While Dia may have aspirations that will undoubtedly transform him into a global figure, he has already created a legacy of hope, prosperity and possibility.

For a more comprehensive list of ALG programs and services or to contribute to the organization, visit the website at www.usalg.org.