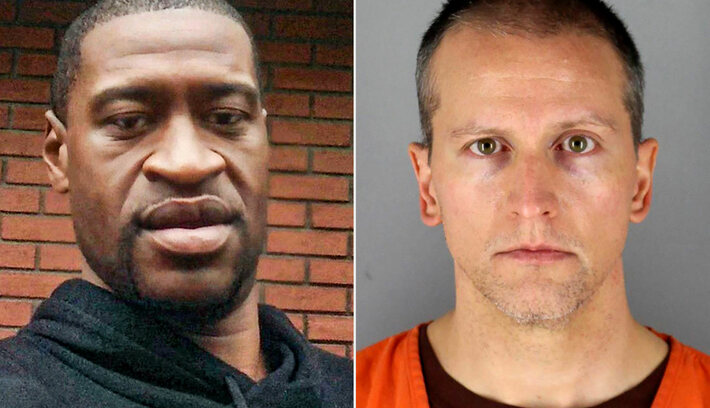 Ever since the video-taped beating of Rodney King in Los Angeles in March 1991, the African American community has born witness to, and been victimized by, brutality at the hands of those sworn to protect us.

The ubiquity of cellphone cameras, over the past two decades, has stripped away all attempts at disavowing the truth and exposed the depth of a crisis that Black Americans have been trying to shed light on for as long as police forces have existed in the U.S.

Although footage exists for many cases of police-involved killings of unarmed African Americans, this proof has been rendered virtually useless in the conviction of those who continue to deliver death for infractions that would otherwise not even merit a traffic ticket.

So, when cellphone video emerged of Minneapolis police officer Derek Chauvin slowly choking the life from George Floyd by placing his knee on Floyd’s neck for nearly 10 minutes on May 25 last year, many viewed it with disgust and heartbreak. However, few thought it would lead to the arrests of the policemen involved, not to mention charges of murder and an eventual verdict of guilty.

What began at a neighborhood grocery would galvanize the world in ways never seen in support of an African American cause. Based on trial testimony, it was just shy of 8 p.m. when a clerk at the store believed that Floyd passed a bogus $20 bill and called the police. Officers J. Alexander Kueng and Thomas Lane arrived on scene at 8:08 and approached Floyd’s SUV. Lane demanded that Floyd show his hands. Seconds later, apologizing to the officers, Floyd opened the car door to Lane’s drawn gun, which he placed back in the holster as Floyd complied with his orders.

At 8:10, a brief struggle ensued and Lane dragged Floyd from his vehicle and handcuffed him. At 8:12, officer Kueng placed Floyd on the sidewalk against the wall of a restaurant across the street. One minute later, Floyd was placed under arrest by Kueng. They walked back across the street to the police cruiser where the police tried to place Floyd in the vehicle, but he explained that he was recovering from COVID, was claustrophobic and begged the officers to be placed on the ground instead.

At 8:17, two additional officers, Derek Chauvin and Tou Thao, arrived, and Chauvin took charge. At 8:18, video footage captured a struggle between Kueng and Floyd with Floyd being pulled from one side of the car to the other. Being pulled out of the car, Floyd fell to the ground.  At 8:19, Chauvin is seen kneeling on Floyd’s neck while he was on the ground. It was at that time that eyewitness Darnella Frazier began to record the event. Minutes later, Floyd appeared unconscious.

When the ambulance arrived at 8:27, Chauvin continued to kneel on Floyd’s neck. At 8:29, the limp body was placed on a stretcher by paramedics who attempted to resuscitate Floyd with no success.

Two autopsy reports later ruled his death a homicide. After the department’s decision to place the officers on administrative leave, they were later fired that same day.

Here is a chronology of the events as they unfolded thereafter:

May 26 — Police issue a misleading statement indicating that Floyd died after a “medical incident and that he forcefully, physically resisted police intervention and directives and appeared to be in medical distress. Minutes later, bystander Frazier’s video is posted online. Police then reissued their statement saying the FBI will help investigate. Chauvin and three other officers — Lane, Kueng and Thao — are fired. Protests begin. 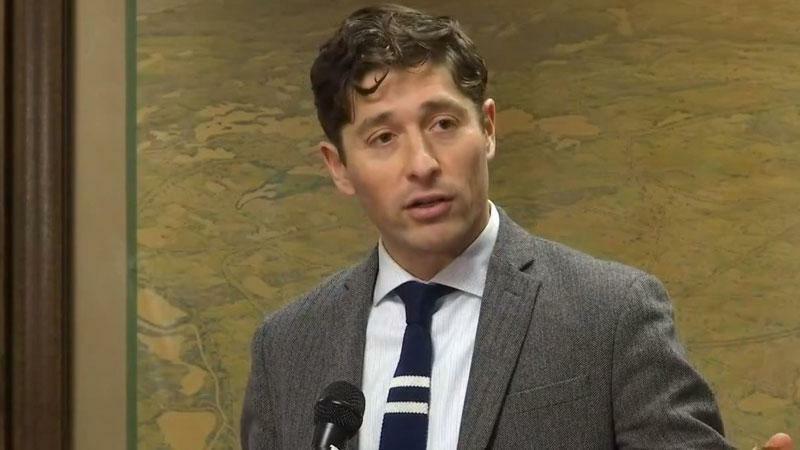 lead to unrest in Minneapolis, with some people looting and starting fires. Protests spread to dozens of other cities across the nation.

May 28 — Minnesota Governor Tim Walz calls up the Minnesota National Guard amidst the chaos with police evacuating the 3rd Precinct station as protesters overtake it and set it ablaze. 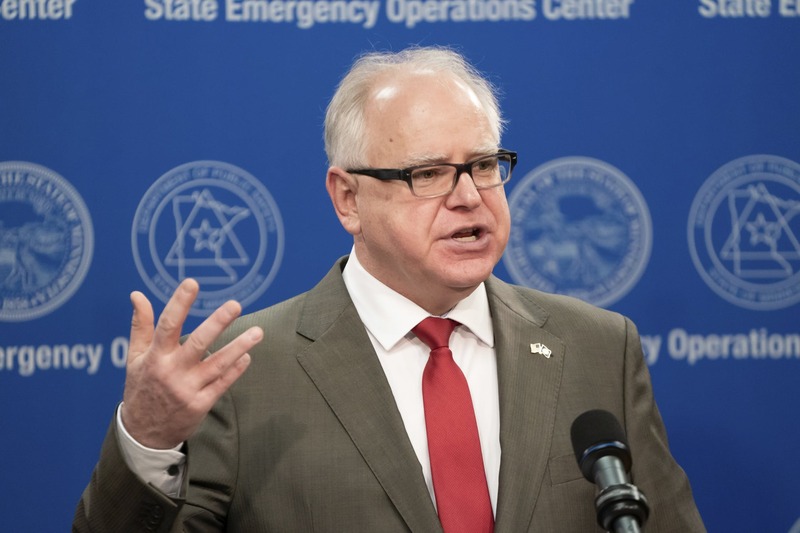 May 29 — Chauvin is arrested and charged with third-degree murder and manslaughter. U.S. President Donald Trump tweets a cryptic message about “thugs” in Minneapolis suggesting that “when the looting starts, the shooting starts.” Violence 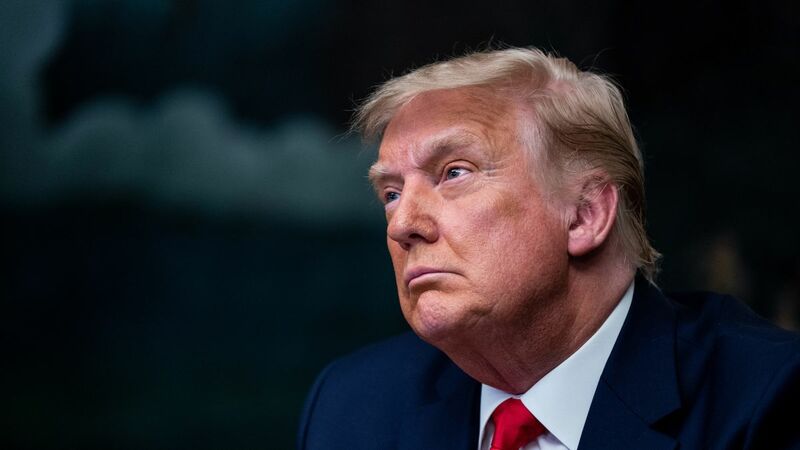 continues in Minneapolis and elsewhere.

May 30 — Trump, in typical fashion, suggests that his words were taken out of context and tries to walk back his tweet. Protests sweep the nation and spread to some 200 cities. 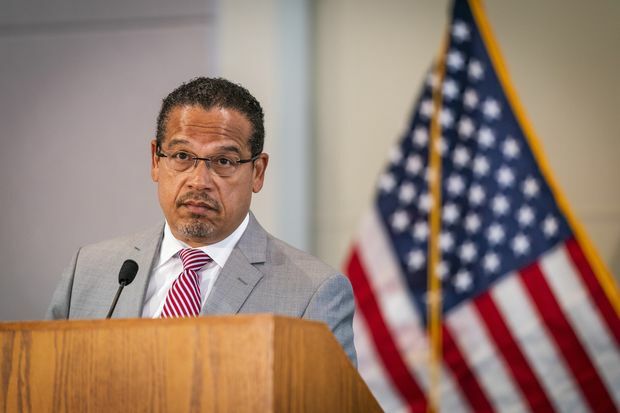 Floyd’s death. Protests begin to spread around the world.

June 1 — The county medical examiner rules that Floyd’s heart stopped as a result of police restraining him and compressing his neck. He indicates that Floyd had underlying health issues and lists fentanyl and methamphetamine use as “other significant conditions.”

June 2 — A civil rights investigation into the Minneapolis Police Department is announced by Minnesota’s Department of Human Rights.

June 3 — Ellison files a tougher second-degree murder charge against Chauvin and issues charges for the other three officers who were involved in Floyd’s arrest.

June 5 — Chokeholds are banned by Minneapolis police. It would represent the first of many changes to be announced in coming months, including an overhaul of the police department’s use-of-force policy.

June 8 — Thousands turn out to pay their respects to Floyd in Houston, where he grew up. He’s buried the next day, June 9. 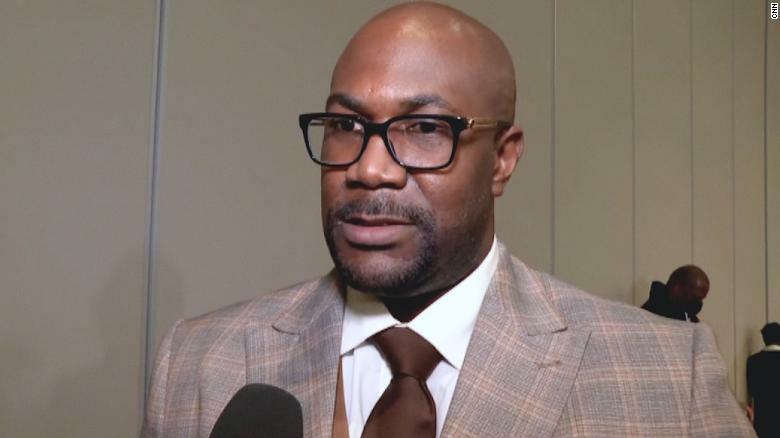 July 15 — The Floyd family files suit against Minneapolis and the four former officers.

Oct. 7 — Chauvin posts a $1 million bond and is released from state prison, causing protests to intensify. 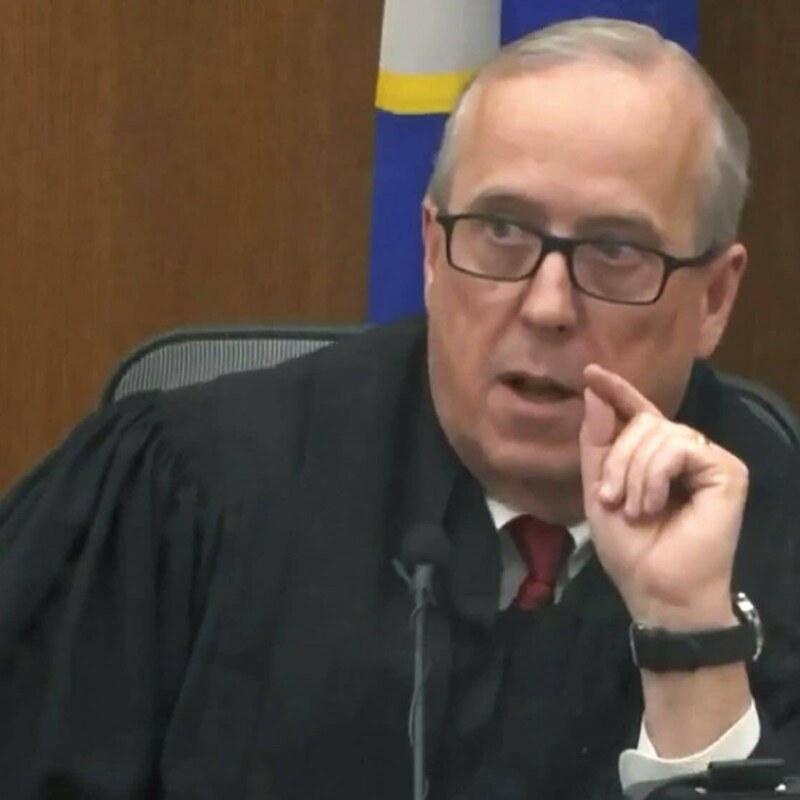 Nov. 5 — A request is made by Chauvin’s defense attorney to move the trial from Minneapolis. Judge Peter Cahill rejects the request.

Feb. 12 — The intersection where the incident occurred, now known as George Floyd Square, is barricaded. Officials suggest it will reopen to traffic after Chauvin’s trial.

March 9 — The jury selection process begins for Chauvin’s trial. After a brief delay for pretrial motions, potential jurors are questioned.

March 12 — Minneapolis awards a $27 million settlement to the Floyd family.

March 19 — Concerns about the settlement tainting the jury pool are rejected by Cahill who again refuses to move or delay the trial. 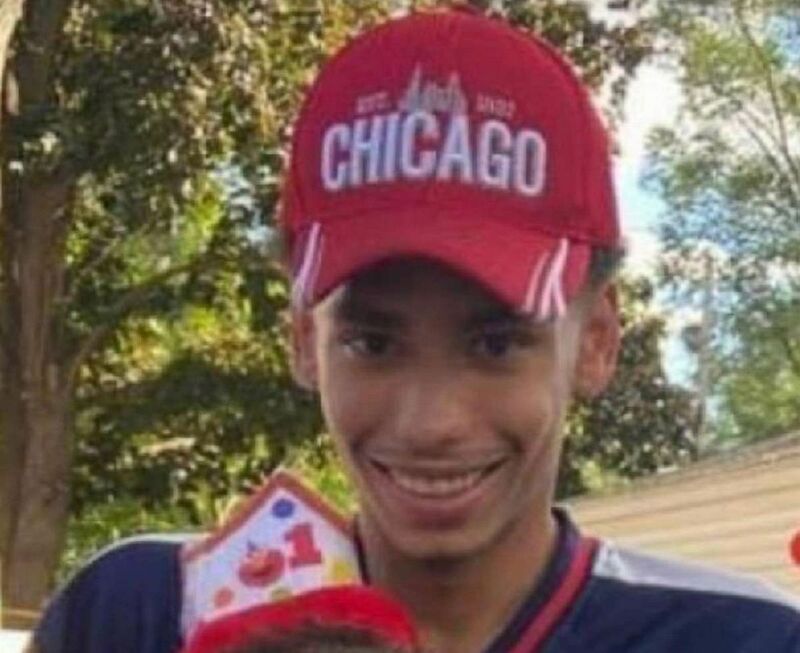 Center, Minnesota, sparking days of protests. Daunte Wright, a 20-year-old Black man, is fatally shot by a white female police officer with 26 years of experience. She claimed that she had mistaken her handgun for a taser.

April 12 — The Wright incident impacts the Chauvin trial but Cahill declines a request to immediately sequester the jury.

April 20 — After a little more than 10 hours of deliberation, the jury reaches its verdict.

Derek Chauvin is found guilty on all three counts. He is immediately taken into handcuffs by sheriff’s deputies and taken to jail where he awaits sentencing, now scheduled for June 16. 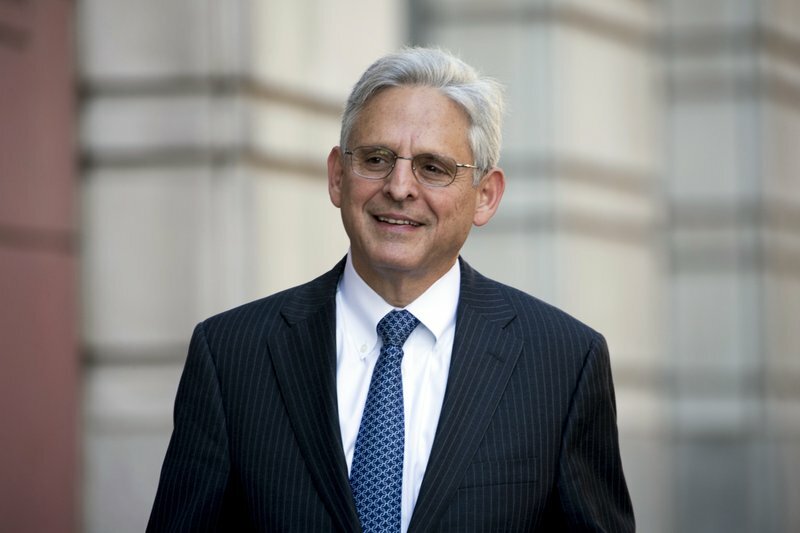 announces a widespread investigation into the Minneapolis Police Department.

It was as if time stood still last week as the world held its collective breath awaiting the verdict of the jury. Once announced, cheers rang out throughout George Floyd Plaza followed by tears of joy and relief. Many leaders, and ordinary citizens alike, 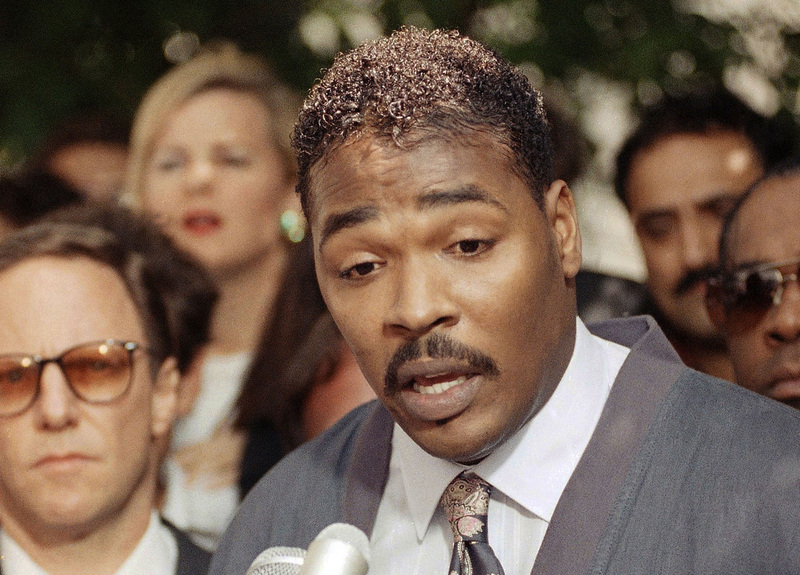 expressed surprise at the guilty verdict as the Black community has typically experienced not-guilty verdicts in similar cases like those related to the assaults and murders of Rodney King, Eric Garner and Laquan McDonald, to name just a few.

According to Newsweek, since the death of Floyd a year ago, 181 African Americans have been killed by the police.

Because the nation has witnessed Black Americans killed on video in the past with police ultimately acquitted or not even charged, tension among city and state leaders was palpable. Dozens of major cities around the U.S. called up the National Guard in preparation for a not-guilty verdict. The tension was released with an explosion of relief when Chauvin was found guilty.

The precedent-setting, three-week trial was televised in its entirety. For the first time, police officers, including the chief of the department, testified against a fellow officer on trial. Prosecution witnesses openly wept during the proceedings expressing feelings of guilt for not intervening more forcefully to save Floyd’s life.

In a national address following the verdict, President Joe Biden said, “This can be a moment of 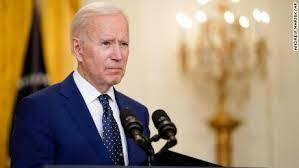 significant change,” as the country continues to wrestle with systemic racism.

"It was a murder in the full light of day, and it ripped the blinders off for the whole world to see," Biden said from the White House, calling American racism "a stain on our nation's soul.”

He told the country that the verdict represented a step forward and was far too rare in cases against police violence.

Later, in a phone call with the Floyd family, the president said, “Nothing is going to make it all better but at least, God, now there is some justice.”

Biden left the call pledging to work to pass the George Floyd Justice in Policing Act.

“We’re gonna get that done and much more,” the president promised. 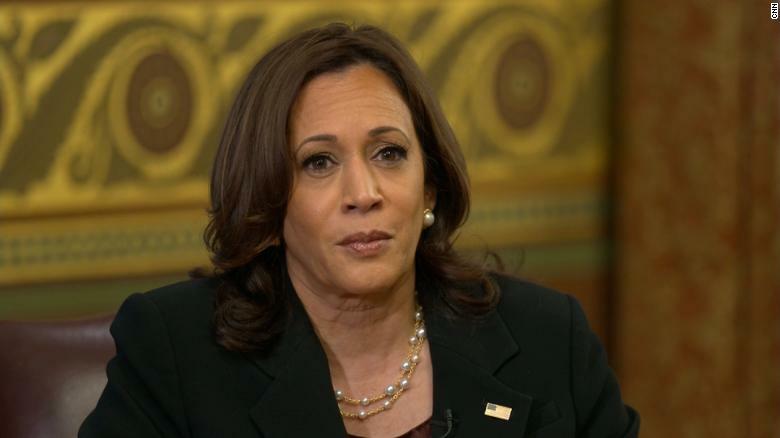 Vice President Kamala Harris added, "This is a day of justice in America," adding, "We really do believe that with your leadership and the president that we have in the White House that we're going to make something good come out of this tragedy, OK?"

The other three officers involved in the case, Kueng, Lane and Thao, are scheduled to stand trial 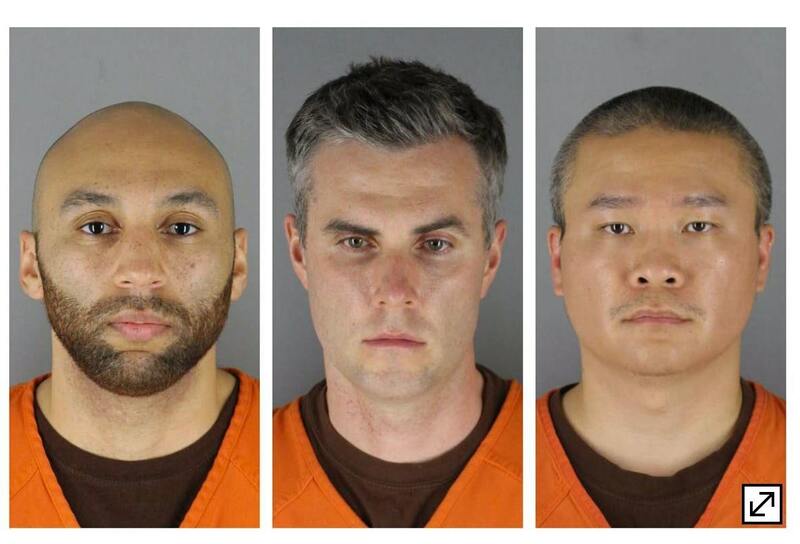