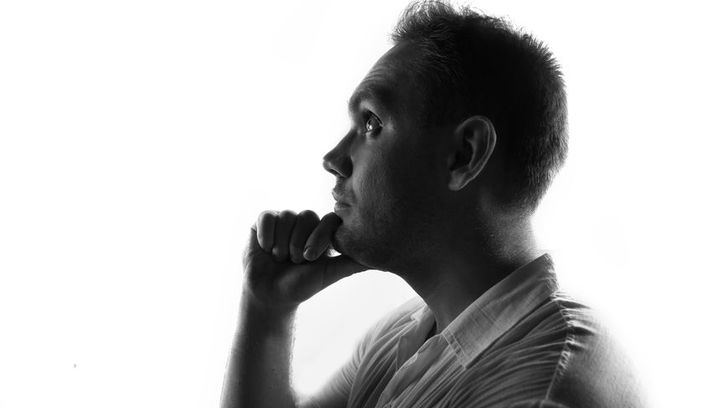 Why are you ‘white?’

Why are you ‘white?’ 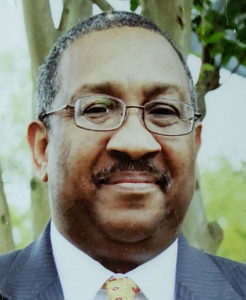 I recently posed a question to my friends on Facebook who identify as white: “Do you know how you came to be called white? Do you know why?”

Those who responded shared their experiences of living in white skin, but none could cite the source of those experiences or of their identities.

This is not surprising. We live in a society in which “other” is often the subject of fascination and debate, while a discussion of whiteness is often taboo. Bring up the subject of blackness, and there will be more than enough opinions to go around.

But bring up whiteness and the crickets show up. To be white is to be so normal that any discussion of it is considered unnecessary. Anyone else is odd, different, strange, exotic and not “normal,” therefore available for dissection.

This default of normality means those who identify as white don’t have to shoulder the burden of race in America or even explain it. That is left up to the others.

The search for understanding in matters of race has become an exclusive exploration of blackness, where blacks are placed in the position of explaining assigned deficits while providing absolution to those asking the questions. Examining whiteness, on the other hand, as a social construct would offer more answers, but the conversation is fraught with so much incredulousness as to become burdensome.

But such conversations are crucial to tearing down barriers that were created to sow discord. To know where we are and where we are going we must first know how we got here.

How we got to ‘white’

In his 2012 two-volume book, The Invention of the White Race, Theodore W. Allen starts us on that journey. Allen looked at how America’s ruling classes coined the term “white” as a tool for social control.

Even in Jamestown in 1619, there were no “whites.” Europeans, Africans and Native peoples enjoyed similar legal standing in society, and were recognized in terms of their nationalities, not their skin tones.

Several laws passed in the mid-1600s would begin to change that, specifically, lifetime servitude for Africans (Maryland 1664, Virginia 1670). Other laws followed: banning European but not African women from field work, denying Africans the right to bear arms, prohibiting interracial marriages, denying voting rights and the ability to testify in court, as well as forbidding Africans to own Europeans. There would be others.

These laws established European rule over Africans. But there was still no mention of the label “white.” Bacon’s Rebellion of 1697 was the turning point. Armed Africans and Europeans had fought together in part to end slavery and indentured servitude but were defeated. Laws written from that point forward included the term “white.”

In her 2011 book, The History of White People, Nell Irvin Painter noted that in the decades following the defeat of the rebellion, the colonial ruling class passed a series of laws that singled out descendants of Africans for special oppression. “By importing African slaves to ensure a steady supply of labor, racializing perpetual servitude, and employing poor and indentured whites as an armed force to repress Black slave revolts, colonial planters created a system of divide and rule,” she wrote.

Enslaved peoples were non-Christian, so Europeans exploited religion as a barrier. As Africans converted, the word “Christian” was replaced with the word “white.” The 1697 law titled An Act for Keeping a Register of Births Marriages and Burials in each Respective County declared that “every white Man professing the Christian Religion, the free and natural born Subject of the King of England, or naturalized, who hath attained to the full Age of One and Twenty Year, and hath Ten Acres of Freehold … shall be deemed a Freeholder.” It was the first time that the word “white” was used in a legal document.

This law excluded Negroes (Africans), mulattoes and Indians from those statistics. An African’s condition as a free person did not make him or her any more worthy of inclusion. The law became the basis for the race laws that followed, legitimizing to the African Slave Trade, the Plessy and Dred Scott Supreme Court decisions, the Articles of the Confederacy and the doctrines of the Ku Klux Klan.

That mindset allowed the scientific community to use enslaved Africans as guinea pigs for medical experimentation. James Marion Sims, known as the “father of modern gynecology,” developed a surgical technique to address the issue of complications of obstructed child births, using enslaved Black women as subjects who were intentionally not sedated because, in his view, black women did not feel pain as white women do.

This disregard for Black life extended to the Tuskegee Syphilis Experiment, conducted between 1932 and 1972 by the U.S. Public Health Service in which the progression of untreated syphilis in rural African-American men in Alabama was monitored under the guise of offering free health care. And let’s not forget that cancer research today is undergirded by the immortal, but stolen, human cancer cells of Henrietta Lacks, a Black woman from Baltimore who died in 1951 from cervical cancer.

That same 1697 law set the stage for the Civil War.

In their articles of secession, the Confederate states of Georgia, Mississippi, South Carolina, Texas and Virginia made a case for slavery and white genetic superiority.

After the end of the Civil War, though defeated, the Confederates pressed on, dismantling gains made by Blacks during Reconstruction and establishing white supremacist groups, most notably the Ku Klux Klan.

The Freedmen’s Bureau was created with a mandate to protect Blacks from a hostile Southern environment, but it actually functioned to keep Blacks “in their place” as laborers to allow production on the plantations to resume so that the South could revive its economy. Notably, constitutional conventions held in 1865 in Mississippi, South Carolina, Louisiana, Florida, Maryland, North Carolina, Texas, Tennessee, Kentucky and Georgia all included language to “guard them and the State against any evils that may arise from (Blacks’) sudden emancipation.”

President Woodrow Wilson screened the pro-KKK D.W. Griffith film Birth of a Nation in the White House, while completing the unraveling of Reconstruction by purging every Black employee from the rolls of the federal government in Washington.

In Baltimore in 1910, a black Yale Law School graduate tried to buy a home in a white community. The city enacted an ordinance to preserve “peace,” and prevent “conflict and ill feeling between the white and colored races in Baltimore city.” The law was the first of many mandating the confinement of black people to certain blocks and areas.

Nationwide, in the early 1930s, a ranking system designed to represent neighborhoods in northern and southern states was implemented as a means to further enforce segregation. The system included four strata from highest to lowest; A: green; B: blue; C: yellow; D: red.

White neighborhoods were green. Neighborhoods with Jews or foreigners were rated B or C. Communities with any black presence, regardless of class, were rated D. Thus redlining was born. Black people were then denied mortgages and home insurance, preventing black families the possibility of private housing.

The Federal Housing Administration, created in 1934, developed rating maps that designated where neighborhoods fell within the housing stratum. Banks used these maps to guide their decisions on where mortgage funds would be allocated.

In 1934, less than two years after Adolf Hitler became Germany’s chancellor, Nazi lawyers met to create the Nuremberg Laws, the basis for anti-Jewish legislation. Central to their discussion were U.S. race laws and customs. The Third Reich debated using a form of Jim Crow segregation against Jews and other non-Aryans. They noticed that 30 U.S. states had outlawed interracial marriages, and how states determined who counted as “Negro” or some other “subhuman” category based on the “One Drop” rule.

Nazi policymakers drew inspiration from the United States. In his 1925 manifesto, Mein Kampf, Hitler applauded the United States as “the one state” making progress in creating a healthy racist society.

By the 1940s anthropologists created a new classification system in which white, Asian and black were the only “real” races. Everyone considered white was the same as everyone else considered white. No Saxons. No Celts. No Irish. No Southern Italians. No Eastern European Hebrews. Mexicans and Native Americans were not mentioned. This classification is with us in varying degrees today.

But all myth-making comes with an expiration date. It is time to end this one. So here we are, locked into a moment where the historic chickens have come home to roost. The reality is right in front of us.

White supremacy, and whiteness itself, is based on a lie.

People around the world are taking to the streets, not just to mourn the death of one man or one woman, but to stand up for all of the men and women who have had their lives destroyed by an ideology built on a falsehood, built on a bed of hatred, intolerance, and small-mindedness.

Confederate monuments to slavery and bigotry are coming down. And the horrific truth about such cultural icons as Woodrow Wilson, Thomas Jefferson and others is now being told.

But destroying white supremacy will take more than protests, more than the toppling of statues that were built only to intimidate, or setting the record straight on centuries of brutality.

Which brings me back to my original question: Why are you white?

And now that you know why, where do we go from here?

Resources: White Nationalism’s Deep American Roots; The History of White People; Understanding Whiteness; Whiteness: The Definitive Conceptualization of an American Identity; and The Invention of the White Race

Editor’s note: James Michael Brodie is a Baltimore-based writer, journalist and author. His books include “Created Equal: The Lives and Ideas of Black American Innovators” and “Sweet Words So Brave: The Story of African American Literature.” A University of Colorado graduate in English, Brodie’s current project is a collection of personal narratives titled “The Black and Gold Project.”