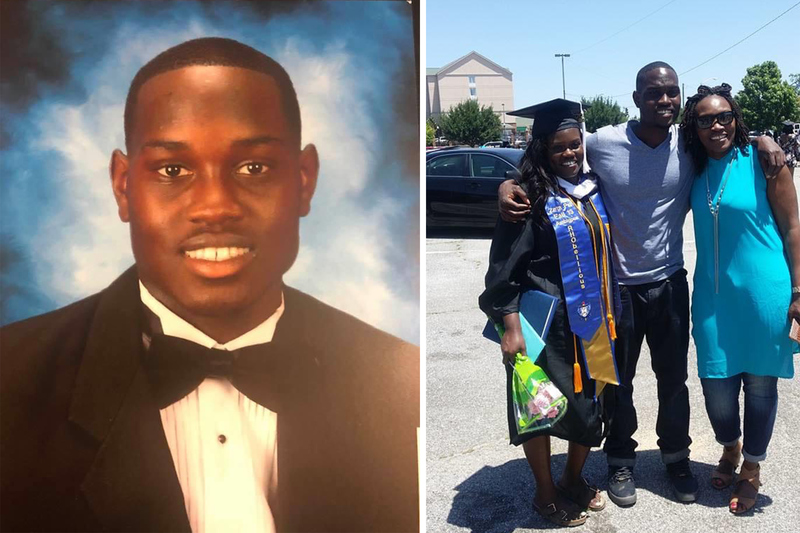 The murder and aggravated assault [and lynching] of Ahmaud Arbery brings memories of the Moore’s Ford Lynchings, known as the 1946 Georgia lynching on July 25, the murders of four young African Americans by a mob of white males. Tradition says that the murders were committed on Moore's Ford Bridge in Walton and Oconee counties between Monroe and Watkinsville. The four victims, two married couples, were shot and killed on a nearby dirt road.

Lynching is defined as a form of violence in which a mob, under the pretext of administering justice without trial, executes a presumed offender, often after inflicting torture and corporal mutilation. The term lynch law refers to a self-constituted court that imposes sentence on a person without due process of law. 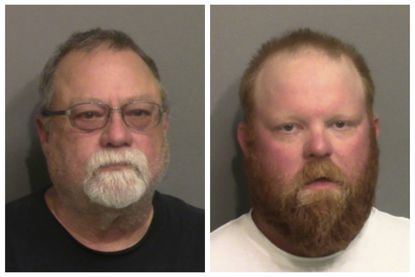 On Feb. 23, Ahmaud Arbery, an unarmed 25-year-old African-American man, was fatally shot after being pursued and confronted by Travis McMichael and his father Gregory McMichael, who were armed and driving a pickup truck. 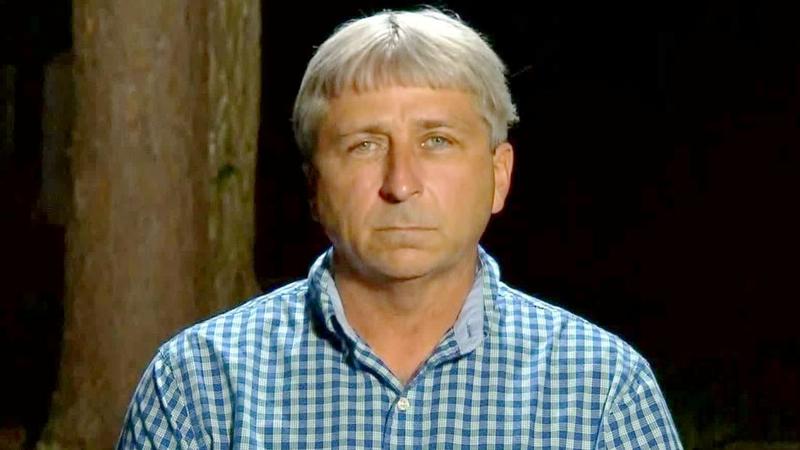 The incident took place in Satilla Shores, a community near Brunswick in Glynn County, Georgia and was recorded in a 36-second video by William "Roddie" Bryan, a neighbor of the McMichael’s, who was following Arbery in another vehicle.

Gregory McMichael and his son Travis McMichael told police [they believed] Ahmaud Arbery was a suspect in a series of break-ins. But no such string of crimes was reported in the weeks preceding the shooting. A police lieutenant told CNN, according to Glynn County Police Lt. Cheri Bashlor, just one automobile burglary in the neighborhood was reported when a 9mm pistol was stolen Jan. 1 from an unlocked truck outside the McMichael’s home. No local, state or U.S Penal code govern/regulate how one citizen may assume, nor contemplate his or her perspective of another justifying a homicide or murder of another person in this country.

While dressed in jogging clothes, Arbery walked into a construction site in Brunswick, Georgia, looked around and then walked back out. Later he was shot dead by Travis McMichael, who chased him in a truck with his former cop father. They told police [they thought] Arbery was a burglary suspect who had broken into homes near them. The construction site owner stated he never called police or the McMichael’s, whom they didn't know. The construction site owner released the video to show that Arbery did not steal anything and said they had nothing to do with the young man's death. The attorney for Arbery’s family, Lee Merritt, told CNN the most authority the two men had under the law was to follow Arbery and then send the police to his location. But, Merritt cited the 911 call from the 911 operator who asked if what Arbery was doing was of criminal concern. "They didn't give any answer for that, they just said, 'He's a Black man running down our road,'" Merritt said.

The McMichael’s were not arrested until after the video went viral 74 days later sparking debate on racial profiling in America. The Glynn County Police Department and Brunswick District Attorney's Office were nationally criticized for their handling of the case and the delayed arrests. Georgia Attorney General Christopher M. Carr formally requested the intervention of the Federal Bureau of Investigation in the case on May 10, which was formally granted the following day.

In the case of Ahmaud Arbery jogging through town, he was murdered by Gregory and Travis McMichael and video-taped by another friend applying lynching techniques to murder an African American and intimidating a race of people (African Americans) executing an alleged transgressor for crimes not committed.

The original decision not to arrest the McMichael’s or William "Roddie" Bryan after more than two months before charges were filed fueled an outcry across the nation with attorneys for Arbery's family saying he was racially profiled. Local officials and community leaders say a history of nepotism and privilege in the district attorney offices of Waycross and Brunswick had allowed the killers to remain free. The district attorney who previously led the investigation told police he did not see grounds for an arrest of the McMichael’s or the man who recorded it from his vehicle, according to a memo obtained by USA TODAY.

The Ahmaud Arbery case initially landed on the desk of Brunswick Judicial Circuit District Attorney Jackie Johnson, who recused herself because Gregory McMichael had worked for the office. The case then went to Georgia District Attorney George Barnhill who on April 1 received Arbery’s autopsy report. Several days later, Barnhill laid out the case why he didn’t believe the men should be arrested for the fatal shooting of Ahmaud Arbery. The Barnhill letter provided the substance and bases for the argument against charging the McMichael’s. A few days later a gruesome cell phone video of Arbery’s death went viral and brought national outrage, renewing attention to the case.

The Georgia Bureau of Investigation (GBI) took over the investigations days later and charged the McMichael’s, both father and son with murder and aggravated assault. A day later, the agency couldn’t help but make a critical remark about the local investigation. “Probable cause was clear to our agents pretty quickly,” Georgia Bureau of Investigation Director Vic Reynolds said during a press conference, implying that it should have been just as clear to George Barnhill. Gregory McMichael had worked in the office of the original Prosecutor Brunswick Judicial Circuit District Attorney Jackie Johnson. Later Georgia District Attorney George Barnhill noted Gregory McMichael also worked in a district attorney’s office where his son is a prosecutor.

Georgia is one of four states in the U.S. that doesn't have a hate crime prevention law, according to the Department of Justice. If someone commits a crime motivated by bias, statewide authorities are unable to pursue additional charges or enhance penalties for the perpetrator. With 589, Georgia trailed only Mississippi in the total number of such killings. The state [of Georgia] must apply the law to the crime [of felony murder and aggravated assault].

The Justice for Victims of Lynching Act was a bipartisan effort introduced in December 2018 by three African-American Senators: California Democratic Senator Kamala Harris, New Jersey Democratic Senator Cory Booker and South Carolina Republican Senator Tim Scott. The bill, according to CNN’s Eli Watkins, deems lynching—or mob killings that take place without legal authority—as “the ultimate expression of racism in the United States,” and adds lynching to the list of federal hate crimes. S.488 - Justice for Victims of Lynching Act of 2019 was passed.

In this case, as he jogged through a neighborhood, innocent man Ahmaud Arbery was shot and killed by two white men to intimidate a race of people, and used to characterize informal public executions, punished an alleged transgressor and intimidated a group (other African Americans) knowing they had the support of law enforcement and the District Attorney’s office. This case is beyond the “Blue Wall of Silence” where police officers cover for police corruption and misconduct. This cover-up involved an ex-policeman, the Glynn County Police Department and Brunswick Judicial Circuit District Attorney Jackie Johnson.

As noted by the father of Ahmaud Arbery  "Anytime you pursue a young man, go jump in a truck with shotguns and a pistol ... and you follow him and slaughter him like that, that's lynching."

The death of Ahmaud Arbery on Feb. 23, near Satilla Shores, a community near Brunswick in Glynn County, Georgia in Brunswick, GA was avoidable and the African American community will continue resisting until the town, state and country live up to the true meaning of the 14th Amendment of the U.S. Constitution, which states that no state shall “deny to any person within its jurisdiction the equal protection of the laws.”