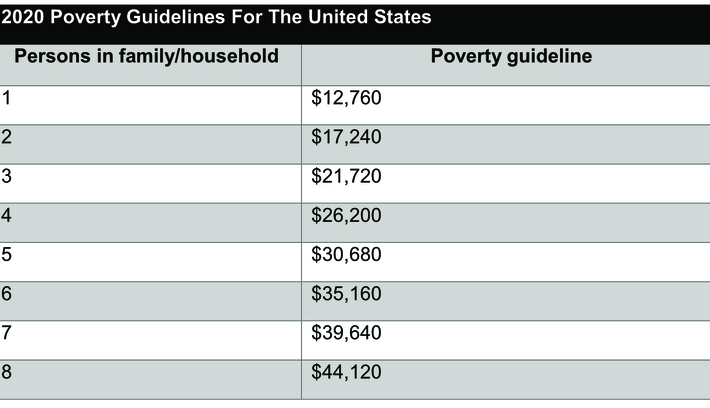 What remains consistently unaddressed is a forward plan on eradicating the circumstances that allow systemic viruses like poverty, institutional and structural racism; to decimate the African American community. For centuries, we've endured an America that has been indifferent about our existence, an America that has largely tried to ignore our ongoing suffering and deaths. As the coronavirus has continued to devastate the nation it does not discriminate in whom it infects. However the effects of the global pandemic are not being felt equally, our impoverished citizens bear the brunt of its impact.

"America is not a mature society that's concerned about the weak and vulnerable. It's a society that works with money, status and celebrity; and when it has time, through philanthropy and charity. [America] might make some symbolic gestures in regard to suffering and misery among poor and working people. But it seems we don't have the cultivated capability to be a full-fledged democratic society concerned about all of our citizens, especially the weak and the vulnerable."

The official U.S. poverty line has not kept up with economic change. The metrics to determine poverty were developed in 1960 and have only adjusted moderately for inflation over the decades. Poverty at its core is about not having enough income to afford what is needed to survive at a decent level; a reality many Black people know well.

According to 2018 U.S. Census Data, the highest poverty rate by race is found among Native Americans (25.4%), with Blacks (20.8%) having the second highest poverty rate, and Hispanics (of any race) having the third highest. Data from 2018 study from the Centers for Disease Control and Prevention showed that the average life expectancy in the U.S. dropped for the third year in a row, except for one group–the wealthy. Poor and middle class Americans are dying earlier, while the wealthiest Americans enjoy unprecedented longevity, gaining an average of an additional five years of life expectancy according to 2011-14 data from The Journal of the American Medical Association (JAMA).

Currently about 13% of the U.S., population is Black, yet we account for almost 21% of the impoverished people in this country. Money or lack thereof is literally killing poor Black people.

A Universal Basic income (UBI) is a policy designed to make sure each American has a certain concrete sum of money to spend each year. Each citizen would receive a regular unconditional payment. A UBI differs from federal welfare programs, in that it is not tied to employment status. The concept was popularized by the Reverend Doctor Martin Luther King, Jr., in his 1967 book Where Do We Go from Here: Chaos or Community? In it he writes,

"The solution to poverty is to abolish it directly by a now widely discussed measure: the guaranteed income. Two conditions are indispensable if we are to ensure that the guaranteed income operates as a consistently progressive measure. First, it must be pegged to the median income of society, not at the lowest levels of income. To guarantee an income at the floor would simply perpetuate welfare standards and freeze into the society poverty. Second, the guaranteed income must be dynamic; it must automatically increase as the total social income grows. Were it permitted to remain static under growth conditions, the recipients would suffer a relative decline."

With a record number of Americans, filing for unemployment due to the pandemic there has been a revitalized interest in the idea of a Universal Basic Income – especially in congress where Senator Kamala Harris is pushing new legislation that would provide up to $2,000 a month for every U.S. resident. Currently a UBI program is being trialed in Stockton, California, by Mayor Michael Tubbs. For 18 months a small group of residents receive an unconditional $500-a-month payment, midway results of the trial have been encouraging.

For those who have never been afflicted with the disease of poverty, they are unaware how stressful and decimating the condition can be. Numerous studies have proven that stressful environments and situations raise blood pressure, which can lead to stroke and heart disease, illnesses that claim Black lives on a daily basis.

COVID-19 is a once in a lifetime global pandemic, that we as a community need to be vigilant about protecting ourselves from - as best we can. However, we also must place a premium on erasing the health inequality that accompanies being part of a lower socio-economic group.

We must invest in and protect the vulnerable and disenfranchised. Because it's hard being Black and gifted, but to be Black, gifted and poor is deadly.