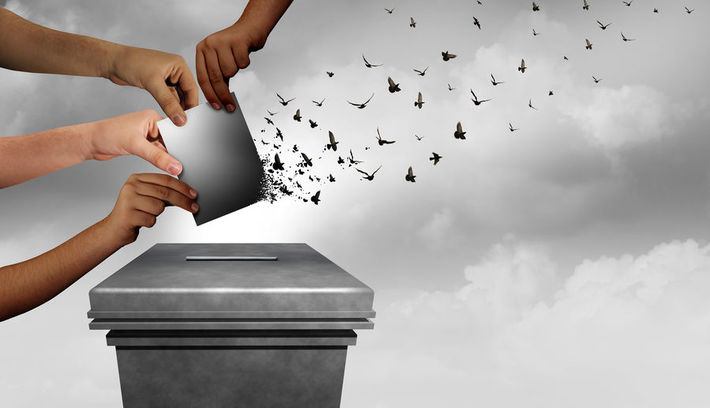 It was always known that African Americans were at the wrong end of health and social economic disparities. The coronavirus has forced policy makers to cast light on the decades old problems that poverty and racism has caused in America. It could be easily predicted that a worldwide pandemic would affect poor people the most. The lack of resources, un-sanitized living conditions, poor education, and low paying jobs provides opportunities for viruses and other diseases to thrive. However the results of this calamity may prove easy to predict, not many people could have predicted that America would become the poster child for the ever-growing disparities between the wealthy and the impoverished in an industrialized nation.

In May, African Americans have suffered 43 deaths per 100,000 people. That is compared to 18 per 100,000 for whites, 18 for Asians, 19 for Latinos. In Kansas City, African American residents are seven times more likely to die than whites from COVID-19, and in Missouri, Wisconsin, and Washington DC, the rates of deaths among African Americans is almost six times as high than whites. The coronavirus has not the root cause the problem of high death rates among African Americans, but it has definitely illuminated the problems of healthcare disparities in America. The coronavirus does not discriminate. Instead, it is taking advantage of the many pathways that poverty provides. African Americans are overrepresented in the poverty roles; hence the high numbers of sickness and death. The question is how do we move forward to mitigate the problems that contribute to the healthcare disparities?

Fate cares little about timing and circumstance. And in this instance, we have another important event that the corona virus will have a big part in: The 2020 primary elections in November.

The coming election is arguably the most important election in the history of this country. And absolutely the worst time for a pandemic. The safety and integrity of the election will not only be threatened, but the consequences could change America in ways we would have never fathomed only a short time ago.

I lose sleep over the coronavirus and its possible effect on the upcoming election. For the first time in my life I am struggling to retain faith in our political system. Voter suppression laws are already causing a burden on African American voters even without the coronavirus. It is difficult for people of color, the elderly, students, and disabled people to vote. Across the country we have witnessed push-backs on early voting, voter ID laws that make it difficult for some to register to vote, and the purging of voter rolls.

An increase in voter turn-out ushered in diversity in 2008 with an increase of five million voters from 2004 to 2008. This positive trend had to stop, of course. In 2008 more than 30 states introduced voter suppression laws. Barriers to voter registration take away our ability to participate in our democracy. Early voting is under attack, so voters that cannot physically get to the polls will not be around to cast a vote. Voter ID requirements are further limiting the people who are unable to vote.

Voter registration drives are limited in Florida and Texas. Why are they doing this? This is in place because African American and Hispanic voters are twice more likely than whites to vote through registration drives. If you live in Wisconsin and move to another location, it will be difficult for you to remain registered to vote; you cannot register and vote on the same day in Ohio. And Maine eliminated Election Day registration. This is a decentralized attack on the rights and freedoms of a large number of American citizens. This is a far right movement towards being content with facing a society with a binary condition; affluent and the permanent disenfranchised poor.

How will America prepare for the November election during the coronavirus? Eliminating offsite voting will bring people out and into danger. Blacks and Hispanics will suffer the most. They can lose the election, get sick and then die. Or another scenario could be like this; less people will vote because their lives are more important than the fear of a Trump re-election win. Without absentee voting, I believe that voter turn-out will be low. It is difficult to believe that a great number of people would want to risk their lives, (no matter how bad things are) in order to win an election. The coronavirus is looked upon like the grim reaper, standing with his scythe at the voting booth entrance.

State Representative Leslie Herod says that Denver and Colorado are in a better positions for secure and safe voter experience than other states.

“I have worked on this for years with people like Congressman Joe Neguse and New Era Colorado, an organization I founded with him and some others. We have same day registration, we have on-line voter registration, and you can update your voter registration online and make sure your mail ballot gets to the right place. All of those things are in place now, and they were put in place under a republican Secretary of State who worked really hard with us to make this happen. The things we are hearing at a national level do not affect us.”

Because of the possibility of coronavirus causing havoc during the November elections, the democrats pushed for reform such as vote-by-mail, same day registration and early voting, Trump actually admitted to Fox News that if voting was made easier, Republicans would never win another election, as he stated:

“The things they had in there were crazy. They had things, levels of voting that if you’d ever agreed to it you’d never have a Republican elected in this country again,”

Republicans push the idea that the voting reforms the democrats are pushing will cause voter fraud. There is no substantial evidence to support that claim. But one thing is certain – making voting hard will keep minorities, immigrants, poor people, and young people from the polls. Even with new technology, there is no major move to improve the system.

Obviously, the best way to keep people safe during the pandemic elections is to keep them from going out and mingling with others in order to vote. Maybe if there were empirical proof that each vote is secure and verifiable, then there would be no issues for voting online, or with mobile devices. But even truth and empirical evidence will not be enough to persuade some corners in our society, whose lust to stay in power outweigh the health concerns of marginalized people. As Rep. Herod states, “All those folks that are pushing to say we don’t need to change our voting system are the same people who are actually willing to sacrifice the lives of voters in order to hold their seats, and don’t need to be in office in the first place.”

Rep. Herod’s words give me confidence that in Colorado, we will have a fair and safe election because of all the measures we already have in place. We may not have the same level of confidence for other states to implement anti-voter suppression laws. We still have a long way to go before the majority of Americans are confident that their votes can be easily validated.

“I am 100 % sure that our county clerks, who are democratic and republican, and our secretary of state, are having to make a lot of changes to ensure folks who are voting and those who are volunteers and employed to count the ballots and conduct the election are safe. Safety has been a priority to our county clerk and secretary of state since this pandemic broke out. There have been some changes to executive order and rule to help insure there is access to the ballot. I am 100% confident that we will have a safe and fair election here in Colorado and that folks who are eligible to vote will have access to the ballot,” she said.

None of the work put in by our lawmakers such a Rep. Herod and other civic organizations will make a difference if we do not take advantage of the voting benefits we have in Colorado. Nothing short of a record-breaking turnout can ensure our voices will be heard.

As Rep. Herod stated, “We all need to be involved, we all need to make sure our communities are safe, we just can’t rely on someone else to do it for us.”